Here we are on the cusp of another decade, another losing season, more questions than answers — and no flying cars. Yet the 2019-2020 season is arguably becoming one of the most anticipated years for the University of New Mexico Lobos’ young basketball squad.

Heading into the upcoming season, a promising reemergence from a talented team — which has underachieved for longer than most fans (and those alike) had expected — is poised to surprise the Mountain West Conference and hopefully remove any remaining doubts. While juggernaut conference rivals such as UNLV, Nevada and San Diego State can cause quite the challenge to UNM, the Lobos will not go down without a fight.

In a recent interview, head coach Paul Weir shared his thoughts on the upcoming season:

“Our non-conference schedule poses some incredible challenges, particularly early in the season on the road. Traveling to UTEP, New Mexico State, and then to Brooklyn to face Auburn and Wisconsin or Richmond is a terrific test for our team,” Weir stated.

The first ten days of the schedule will surely give UNM fans a clearer look into this year’s brigade as it opens its season with four straight home games against lesser-known teams, including the CSU Northridge Matadors (Northridge, CA) and the McNeese State Cowboys (Lake Charles, LA). UNM then proceeds to hit the road with crucial matchups against the UTEP Miners in El Paso and an in-state rivalry game in Las Cruces athwart the New Mexico State Aggies before heading to Brooklyn to face the 24th-ranked Auburn Tigers.

“Having that type of competition on the road is unusually steep for any major college basketball program at that juncture of the year,” Weir said. “But we felt it could also serve as a unique opportunity for us to not only face those types of trials but to do it early so we can grow and use it as our season continues to progress.”

As a whole, UNM averaged 76.3 points per game with a -4 scoring margin last season, while allowing opposing teams an average of 76.7 PPG. This is a percentage that could easily be improved and is very much attainable for this talented group, in comparison to the previous few seasons. Last year the Lobos generated an overall 42.2 shooting percentage from the field: 70.2 percent from the free throw line and 34.6 percent from three-point range; adjunct with an average of 14.7 turnovers throughout.

“This year’s expectations are a little different because I think they are matched internally with much confidence throughout the program,” Weir continued. “Going into last season, we lost some valuable players from the previous [season].”

“That was a lot of experience and production lost to be replaced by new players, and I was concerned the expectation would not match the output. While some of those new players may have been exciting, to duplicate that previous group’s output would have been difficult. This year, the excitement around the team and season is more warranted because we are returning some very productive players,” Weir said.

The anticipated crew from last year comes with a worthy statistical sheet and a combined resume of its own: Carlton Bragg; 10.5 PPG, 8.8 rebounds and 1.2 blocks; Vance Jackson 13.1 PPG, 2.7 assists and 1.1 steals and Makuach Maluach with 9.9 PPG and an average of four rebounds. The only other returning Lobo with an average of 20-plus minutes per game is Keith McGee. During the previous season the 6’3” guard racked up 9.1 PPG alongside current senior and forward, Corey Manigault, who averaged 4.6 rebounds and a 49 percent field-goal percentage.

As the season approaches, UNM looks to prove its worth and take a potential hold of the MWC for the first time in six years. This would also be the Lobos’ year to make its first emergence from the opening round of the conference tournament since 2014.

“Relying exclusively on newcomers is a tall task for any college basketball team, and this year’s expectations are more equally matched by a confidence [that] we again have the type of team to compete at the top of the Mountain West.”

And following a dismal season, this year’s schedule seems quite feasible. Even in a tough conference with a young roster, Weir maintains a complacent stance for what looks to be a comeback season for the cherry and silver squad.

Why I think Thailand benefits from this brutal loss.

First off, this game was a complete slaughterhouse. The United States Women’s National Team struck from the opening kickoff and showed absolutely no signs of slowing down until the game-time whistle was blown. While definitely being a far more experienced team, the USWNT kept a lead foot on the gas pedal throughout a full 90 minutes of play – not to mention a stoppage- time dagger in the 92nd minute – to embarrass a timid and severely less-experienced Thailand squad.

That being said, I believe that this young, Thai team has a bright future going forward. While a round-of-sixteen berth seems implausible, don’t count them completely out. Hours of film study and the experience of playing a worldwide powerhouse will benefit the youngsters for the better.

Don’t count them out just yet, but expect more in four years.

The new issue of CRAVE magazine is set to be released soon! I will have at least one article featured in the issue. Please check out CRAVE and stay tuned!

I’ve updated about ten more articles to my wordpress page. I will continue to add more as I develop my site further. 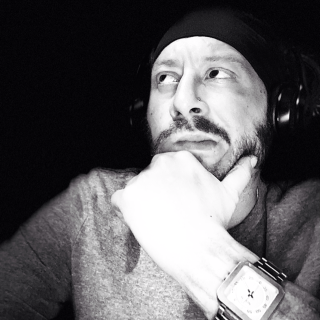 My name is Shane Farias and I'm from Albuquerque, NM. I am a student at the University of New Mexico and an aspiring writer. The following pages are some of my published articles.